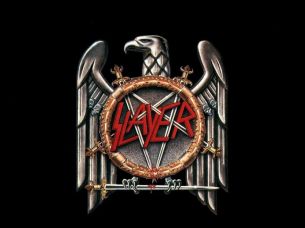 I’ve seen a lot of negative talk across the interwebs recently about Slayer and their decision to move forward after the passing of founding member Jeff Hanneman, and to some extent the replacement of drummer Dave Lombardo. I understand why people could be quick to judge, but it’s really not necessary. Slayer replaced Lombardo with Paul Bostaph in the past before Lombardo’s return and they put out some great albums, so this isn’t the first time this has happened. In addition to that, Jeff was out of the game for quite a while leading up to his unfortunate passing. I’m sorry, but nobody can tell me that Gary Holt is a shitty guitarist. We all know damn well that Holt is a thrash legend for his work with Exodus, and to have him as part of Slayer is in no way a bad thing.

1. The surviving members still need to make a living. To expect them to just pack it in and live off of royalties is a very ignorant point of view. We all know that album sales pale in comparison to what it was like when Slayer was coming up in the scene and attained well deserved success. Their classic album Seasons In The Abyss might not have sold as many copies today as it did then. You know why, I shouldn’t have to explain it…but it rhymes with shmyracy. Also, their music isn’t exactly licensed for commercials, tv, and movies much. The main way they (and most other bands) make their money is by playing live shows.

2. People should still have the chance to enjoy new music and see them live. When the owners of companies who make items like Pop Tarts pass away, does that mean they should stop making Pop Tarts? Of course not! They continue to make those Pop Tarts for children and stoners to enjoy. Same goes for bands, I think. If someone dies, that doesn’t necessarily mean they need to stop providing the people that enjoy consuming their music the opportunities to enjoy it.

But that’s just what I think.

Slayer will be touring North America with Gojira and 4ARM, dates available at Slayer.net