It’s Friday…the 13th! What does that mean? Nothing really….other than we have another Friday Find for you all.

This week’s find is an epic/progressive Metal band from Western Canada called Scythia. They recently released a music video for the track ‘Bear Claw Tavern’ complete with a pudgy boozing dwarf. In case you missed it, you can see it below. Their new album …Of Conquest gets released in early 2014. If you like bands such as Alestorm, Korpiklaani, Finntroll, Turisas, etc. then you will probably really enjoy Scythia.

“Like a charging bear, since 2008 Scythia have been playing some of the most epic progressive metal with a twist of folklore. Each member, while bringing their own style, they have coined their own sound while drawing from different genres. Scythia’s album, tracks, and performances features rich, poetic storytelling, and an epic tale that captures the imagination of all who are privy to its lyrical melody. Because of this, and touring like a cavalry of nomads, they have taken the independent scene by storm as they gather more and more fans both domestically and internationally.” (taken from their Facebook)

This week’s Friday Find is a Thrash band hailing from Greece called Suicidal Angels. They just released their official lyric video for the track ‘Marching Over Blood’ which is taken from their forthcoming album Divide And Conquer, due out on January 14th via NoiseArt Records. The cover art for the album was done by Ed Repka (who previously did Megadeth’s artwork).

This week’s find is a band from Southern California called TetraMorphe. They are still a pretty fresh band, with just under 150 likes on their Facebook page. However, these guys are pretty fuggin’ good! Especially if you listen to bands like Amon Amarth. You can check out their song ‘Forest’s Wrath’ below and like their page on Facebook here. They will also be playing the 805 Underground Concert Series event on November 30th, details here. 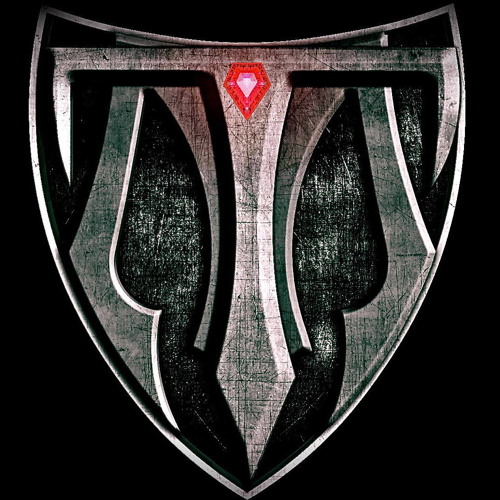 Happy Friday all you Metal boys and girls! It’s time for another Friday Find!

This week’s find is Storm King from Pittsburgh, Pennsylvania. If I had to describe this band in five words, I would say “a better version of GWAR.” But these guys aren’t a schtick band like GWAR is, these guys let their kick ass music speak for itself! Their latest release Everything That’s Meaningful In Your Life Will Be Destroyed  came out this past Tuesday and it’s even got a cover of ‘Surprise You’re Dead!’ by Faith No More. You can check it out via the widget below.

Happy Friday all you Metal boys and girls!

Today we’re going to present you with a band called Conducting From The Grave out of Sacramento, California. Their self-titled (crowdfunded) album was released digitally last month and was produced by Zack Ohren (All Shall Perish, Jameson). You can check out a full stream of the album via the bandcamp widget below, but if you like what you hear then support the band by purchasing the album for $10 here. These guys will fit right in with you if you like bands such as After The Burial, All Shall Perish, The Contortionist, In Flames, Nekrogoblikon, etc..

Side note: These guys also got a notable mention in our Top 25 Albums of 2013 list.

This week’s Friday Find is Scorpion Child from Austin, Texas. Their self-titled album Scorpion Child was released in June of this year via Nuclear Blast Entertainment and it’s got a great throwback sound to it. Imagine putting Led Zeppelin, Thin Lizzy, Diamond Head, and Deep Purple into a musical blender…the result would be Scorpion Child. If you like that raw 1970’s sound….then this band is right up your alley. You can check out their video for ‘Polygon Of Eyes’ as well their lyric video for ‘Liquor’ below.

For those that aren’t aware of what this is all about, every Friday a band is chosen that is considered to be ‘off the radar’ – or simply an independent band that deserves some attention. This week, we bring you Tribune. Yes, we did do a post on them yesterday about their new album Tales streaming online. But just in case it was passed over, here’s another chance for you to check out this great band.

Tribune is a Canadian band out of Vancouver, BC and are perfect for fans of Volbeat, Mastodon, Down, Lamb Of God, etc. Their new album Tales comes out October 29th and is inspired by some of the band’s favorite authors. Some of the authors inspiring the works of this album are H.P. Lovecraft, H.G. Wells, and Homer. You can check out the entire album below and if you like it then you can pre-order it via their bandcamp page here.

It’s Friday again…and you know what that means, time for another Friday Find!

This week’s find captured my attention recently when they submitted music to be played on our radio station. Their name is Aestus (pronounced A-stis) and call Los Angeles their hometown. This band is perfect for those who like the music of Gojira, Lamb Of God, Mastodon, The Contortionist, and bands of that nature. Their current release Psychonaut has got a great balance of both melodic and heavy vocals. You can check it out via the bandcamp widget below (note that it starts at track two, so you may want to back up one). The band also did something a little different with this release, as they’ve included the instrumental versions of each track as well. I should also let you know that you can download the release via their bandcamp page using the ‘name your price’ feature.

Band bio (from their Facebook page):
Being fans of great music and the good life, Aestus is a group of guys dedicated to creating music from the heart. Formed in 2011, by drummer Julian Albinski-Euler and guitarist-producer Dakota Miller, the group has maintained a persistent, unwavering dedication to outwardly manifesting that sound that’s buried deep in the mind. Listen with us, take the ride.

With this day comes another Friday Find. Today’s find is a band out of Los Angeles, California called Sirion. These guys just recently played a show with the Gene Hoglan Experience and will be performing at our 805 Underground Concert Series event on November 30th at Outlaws in Camarillo, California. If you like bands such as Amon Amarth, Gojira, The Contortionist, etc…..then Sirion should be right up your metallic alley.

Founded in late 2011, Sirion is a heavy melodic metal band with strong symphonic, death and technical influences, adding their sound to a unique American style of melodic metal. Comprised of musicians from around the world and raised across the US, now brought under the banner of progressive shred. They continue to to wreak havoc across the greater LA and So Cal area sharing the stage with some of the industry’s best.

You can check out their track ‘Beyond The Depths’ below and if you like that one you can listen to more tracks via their ReverbNation page here. If you’re on Facebook, feel free to like their page as well.

This week’s Friday Find is Southern California based metallers P.D.P. (though their logo implies PDP). I’m not really sure what the acronym stands for, it could be Papa’s Dick Pudding for all I know…but it’s their music that’s important here. These guys released an album called Mass Delusion back in August of 2011 and are currently working on their next release, so now is the perfect time to become aware of these guys. Their music has a lot of Meshuggah and Gojira style flavoring, so if you’re into those bands then you should be pleased with what P.D.P. has to offer. You can check out their album Mass Delusion below along with the music video for the track ‘Pile Driven’.