Elviss Simmons has made his version of the classic KISS song ‘God of Thunder’ available for streaming, you can hear it via the Soundcloud widget below. This isn’t your typical cover song, it could actually be considered a parody….it’s something you really have to hear to understand. Elviss Simmons & The Memphis Strutters are currently raising money to bring their show back on the road, you can contribute to their kickstarter campaign here. 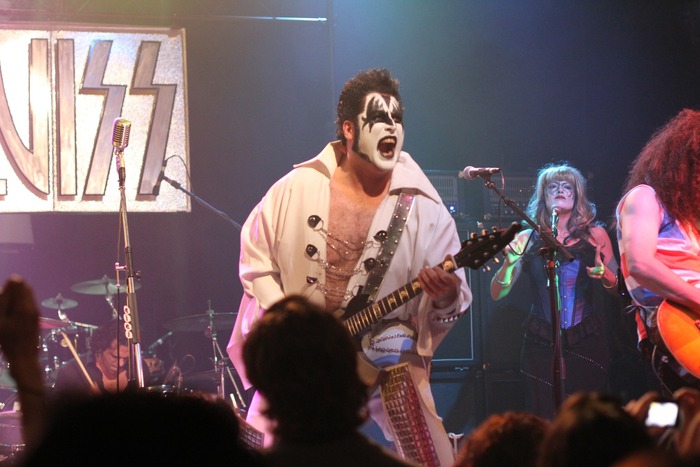 Crowdfunding campaigns seem to be everywhere these days, most of them started by lazy asses who don’t want to actually get a job. However, there are three music related crowdfunding campaigns that have crossed my eyes recently that I think deserve to reach their goal. They are listed below in no particular order.

1. Elviss Simmons and the Memphis Strutters

Elviss Simmons and the Memphis Strutters was/is/will be a live musical comedy show featuring Elviss Simmons, the product of two drunk junior geneticists splicing the DNA of Elvis Presley and Gene Simmons. The end result of that experiment was a tragic success, a drug addled dipshit with a permanent pompadour and an unfortunate birthmark on his face. They did/do KISS songs Big-Band swing style and Elvis songs with big metal guitars as well as anything else thought to be funny.They need to raise $25,000 for recording, costumes, live gear, and video screens. You can contribute to the campaign here. END_OF_DOCUMENT_TOKEN_TO_BE_REPLACED